a powerful but anarchic talent


Vivian Whiteley Hopkirk was born in Sydney. The nephew of Brett Whiteley the painter, he was educated at Christ's College, Canterbury, and Victoria University, New Zealand, he lived and studied for a decade abroad, sponsored by Cinzano in Tuscany and living as writer in residence at the Shakespeare & Company Bookshop in Paris. He returned to Australia in 1992 to write Meditations of a Flawed Groom, for which he deliberately induced a brief stay in a Sydney jail. Vivian Hopkirk was well known as a poet, publishing poems in Europe. He passed away unexpectedly on 31 May 2013. 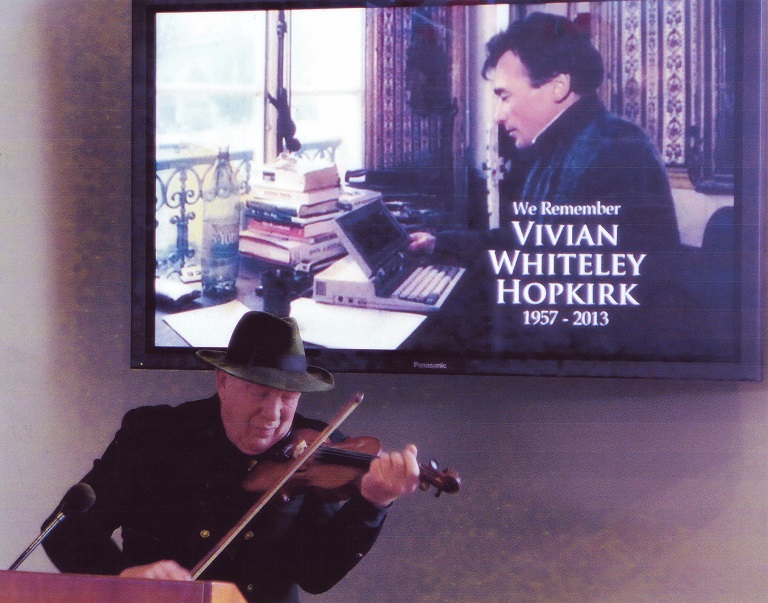 In memorium: Vivian Hopkirk with Nick Lyon, violinist (photo: Raffaella Torrenson)
Vivian Hopkirk recited the following poem at the Big Day Out music festival in Melbourne on 28 January 2007 as part of the John Cooper Clarke segment.