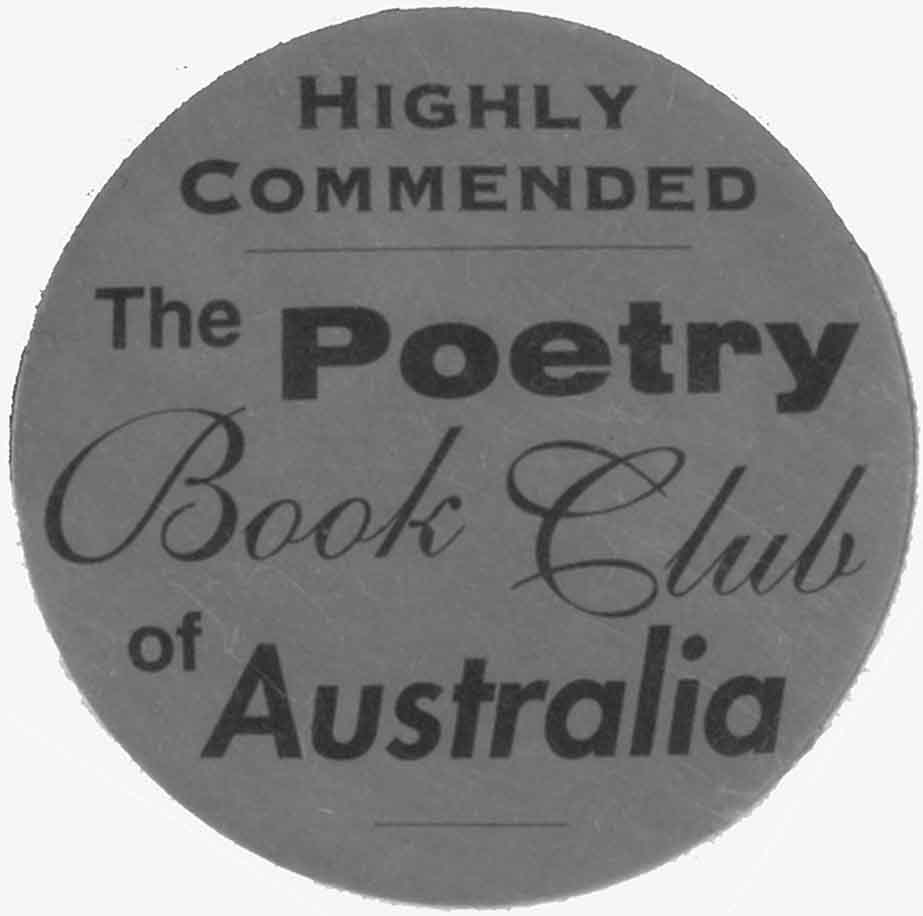 By the Merri, in the Gippsland forests The blackberries are the tears of the country Its buried black history They have been here an Australian length of time The country is making something different of all of us

the forest set out like the night is a brilliantly conceived meditation on place and being, a uniquely Australian song cycle of epic proportion, which must significantly broaden our perception of contemporary poetry in this country. There is a lyrical perfection in much of this poetry that is very rare indeed. Accurate observation of exact detail underpins and grounds the larger metaphysical structures, rendering the tone both accessible and sublime. I have rarely seen a collection of poems that has so deeply impressed me.

There is nothing here that is unfinished or carries an excess. Every word counts. This poetry is mature and burnished, a highly wrought work of art that deserves to be celebrated by the community from which it has sprung. the forest set out like the night is Australian poetry at its very best.


John Anderson grew up in the Goulburn Valley, at Kyabram. He has previously published a volume of poetry, in 1978.

the forest set out like the night is a 116-page song-cycle or treatise in poetry, on gum-trees and their environment, interwoven with commentry and meditation.

Those who expect a modern collection of free-style lyrics will not find it here. In a three-part cycle, Anderson sets out his vision of a forested Australia, its avian and other inhabitants, its response to human beings and its effect on all who come under its influence. He draws from Aboriginal lore and legend, and from writers as diverse as Mary Gilmore and Chris Mudd, but chiefly from his own observation and reflection formed in forest areas here and overseas. He celebrates the extraordinary variety and richness of this land and the way its symbols recur and intertwine.

The book needs to be read and absorbed as a whole, so I shall not attempt to quote lines or indicate preferred segments, although individual pieces have been previously published. For me the interest lies in the attempt to give voice to, and teach us to listen to, the music coming from the complex living core of our ancient land. If that sounds a little far-fetched, I can only suggest that you get hold of the book and read it.

Back to top Prime Rating
the forest set out like the night
Alan Wearne (poet and author)
Eureka Street, Vol. 7, No. 1, January-February 1997

John Anderson is underrated for the finest reason: few know who he is. His previous volume arriving 18 years ago, he has since been assembling these 118 pages. To my knowledge no-one today has kept up such a constant, patient ploughing, and the least his audience can do is to apply m themselves with commensurate effort. One of the best things about Anderson is that his readers are required to work (though note I didn’t say struggle).

What does he give in return? An interconnected weaving of rhapsodies, evocations and prose poems celebrating aspects of the Australian landscape, its flora and fauna, not just of now, nor even before white arrival, but from before humanity. This is a small-sized book of which the term ‘big picture’ is the inadequate cliché it always has been.

Has Anderson Laurie Duggan’s ‘The Ash Range’ for a neighbour? Certainly for those who don’t know Anderson’s work it could be explained thus: vis-à-vis ‘The Ash Range’ they are neighbours in the way that two hermits living 60 kilometres apart in the bush, with no-one in between, are neighbours. Has Anderson (have you) read the remarkable Canadian writer Christopher Dewdney? He too may be a neighbour, although Dewdney has been known to go back to his domain’s geological foundations. But fishing about for comparisons is, on both sides, somewhat of an insult. Anderson is as original and ambitious as any writing today. I’d be certain he knew of his originality and, surprise surprise, be as sure he wouldn’t know, or care, how ambitious he was.


Landscapes are in again - real or imaginary. Not the pastoral with its changes of season, but the silvan, fluvial and littoral, all old and enduring enough, so it seems, to provide the measure for a poet’s life who, with increasing age, prefers timelcssness over instantaneity.

the forest set out like the night is a book of prose/poetry exploring initially Victorian themes: the Gippsland forests, Merri Creek, the Grampians. Later it draws in - and provides drawings of - the mythic meaning of tortoise and lizard, of eucalypt and elm.

Anderson has the naturalist explorer in him. He dreams of entering an untouched landscape but he knows that nature is never innocent, is marked by the ‘blood of lava flow’, and the lava flow of blood. More importantly, he is fully aware that he is a late settler on this continent and that his language ‘comes from Europe where moonlit reefs and / shires and shoals of leaves also glisten.’

The book begins on the fluvial plain. Can the Merri and the Yarra explain Melbourne? Anderson thinks so. But this is the only appearance of a town in this 116 page long book, praised on its cover as a ‘uniquely Australian song cycle of epic proportions’. In tone and style this book varies enormously, from tourist brochure to nature magazine to poem, from lyrical mode to aphorism to the prosaic. On one hand, this makes the book very accessible; on the other, one is left wondering at times whether poetry really needs so much explanation: ‘I found myself formulating these words: ‘The ducks fly over in the night and create stillness in the body’’.

The title poem occupies the first, sixty pages. Much of its energy and liveliness is admirable but the rhythmic force needed to give it unity is lacking. Too much is characterized by a magpie approach, picking up a prose paragraph here, stealing a few notebook jottings there. Part II, ‘love, the cartographer’s way’, is illustrated with drawings by the author and part III, entitled ‘the logs like silver reliquaries, like bones long persisting in the grass’, is a long poem disguised as a book review of ‘anthropomorphic and theosophically speculative literary portraits’.

The term mulitmedia - loved by some, unloved by others - looks like finding its application also within the narrower confines of one genre: poetry. John Anderson’s the forest set out like the night manages to present it within the covers of a single book of poems, and it obviously has its attractions: the book is highly recommended by the Poetry Book Club of Australia.

Still on Australian soil, though further afield and much more mobile, John Anderson, Robert Gray [Lineations] and Caroline Caddy [Antartica] are cartographers in verse, the first two supplying visual as well as metaphoric delineations of various parts of the landscape. For her part, in addition to her shiver-inducing poems, Caddy conveys the white vastness of Antarctica by means of a heavy reliance on infra- and inter-line spacing and the interleaving of satellite images of storms over the Australian Antarctic Territory, the last Australian terra nullius. Anderson’s line drawings help to disguise the prosaic (in both senses) nature of his search in the bush for found objects, floral and faunal. Gray’s drawings of landscapes and bodies are sparer of line than Anderson’s, yet achieve greater clarity, as do the poems, all of which have appeared before without the illustrations.