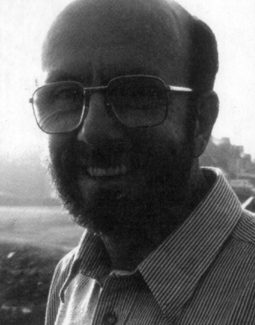 Phil Leask was born in Brisbane in 1947. He bushwalked, studied English and French at the University of Brisbane and Education at the University of Tasmania. He demonstrated and dreamed of sitting in Parisian cafes with John Paul Sartre and Simone de Beauvoir. After teaching in Tasmania, he travelled across South-East Asia, Nepal, India, Pakistan and Afghanistan on his way to another island, England, in 1973. During his years based in London, he has worked variously as a teacher, storeman in a department store, hospital porter, adviser in a community law centre, and researcher and adviser on economic development in local authorities. He completed an MA in Modern European History at the University of Sussex and is currently a postgraduate student in German Studies at University College London. He has continued to travel extensively, particularly in France and Germany, but also in North America. He speaks French, German, Italian and some Spanish. Though he is a frequent return visitor to Australia, Phil Leask lives in London where as well as writing he acts as a consultant in urban regeneration and community development, writing policies and strategies and helping to implement major projects. His three novels have all been published by Black Pepper. His webpage can be found at www.philleask.net.


A long time ago I sent the extraordinary Andrew Harper on an assignment to talk with author Phil Leask. Neither of us were sure who Phil was but we knew the publisher, Black Pepper press, and we knew that they only worked with quality writers. Andrew came back from the interview praising the wit and intelligence of Phil, assuring me that he was an interesting subject... so I waited for the article.

Andrew Harper (AH): Okay Phil, here goes. This book (Patrick 0'Reilly) is your second and you’ve another coming out next year -what motivates you as a writer? Is that broad enough for you?

Phil Leask (PL): Yeah. The sheer pleasure. The joy of writing, more than anything else, I mean I just love getting ideas together, I love sitting at the computer and putting it all down, really, and making it work. After a few hours writing, I just feel absolutely exhilarated, so that's what keeps me going.

AH: Does it pay or do you do it for the sheer passion?

PL I do it for the passion but with a great desire to earn enough to be able to do it full time, which I don't at the moment. I do a lot of work to buy time to write.

AH: Do you research much? This is sort of an historical novel.

PL: I do a reasonable amount of research. There's always a catch that if you do too much research you don’t get around to writing, or alternatively you end up writing history rather than a novel. You need to stop when you get enough of the ground covered. What I find interesting is that when you are doing research, you think you are looking for something and then you discover something else, and that sets your mind working and then you think, I'm going to follow that up. Curious things: for instance, just walking around Battery Point again... I was walking along the gardens at the end where the old batteries were, and I noticed for the first time; a little monument to the Canadian exiles who were brought to Tasmania in 1840. Now I didn't know anything about them and that's something that I think wow! That ties in with a lot of other things; I want to follow that up. I had no idea there where significant political exiles from Canada to "Van Diemen's land," as it then was.

AH: is your work informed much by politics?

PL: Well... it is... without me intending it to be. The first novel, By Way of Water, had a lot about the Second World War and the Communist Party in Italy and France and Germany. Now that was tied in to a story about two people meeting in North Queensland, so it is an interesting kind of contrast.

AH: Were you member of the International Communist Party?

PL Yes, I was, about thirty years ago.

PL I've moved on, as so many people have. I’m still defiantly on the left, committed to green politics as well... but yes I suppose I'm a nice, middle-of-the-road Labour guy in the UK now.

AH: It gets more complex doesn't it?

PL One of things for me about the communist movement of the ’30s and ’40s, and through the war and so on, was that so much of it was genuinely internationalist. The other side of that was that so much of it was genuinely Stalinist, which was really abhorrent, and the two clashed. Unfortunately, I suppose tragically, in the late ’40s and ’50s, it was the people who had been the most committed and idealistic and internationalist, like the people who fought in the Spanish Civil War, who were then eliminated, one way or another. And again, in 1968, in Prague, things looked terribly hopeful - I was in Tasmania at the time, when all that was going on, and I remember I came in one day and my flatmate said, "the Russians have invaded" and we both stood and stared at each other in a kind of amazed disgust, really. That had been an attempt to humanise, liberalise and meet the ideals of communism.

AH: Is that what your first novel grew from?

PL There's a bit behind that, in the first novel -one of the background characters, who you never see - one of the characters is looking for him. He’s her father. He comes from that kind of internationalist background but also there's something more sinister about it and you never quite understand what.

PL One of the interesting things at the time is that people tike that were able to move from Moscow to Berlin to Prague to Florence or wherever, across boundaries, even though it wasn't possible. They managed to do so acting on behalf of the Kominform, and what they had to do to maintain Moscow's belief in them was pretty dreadful. Some of them tried to escape from it, and then, particularly by the ’50s, were got rid of. There's a question mark in By Way Of Water over just why my man died, whether he was got rid of in that kind of way... This one is very different - it takes a number of characters, like the character of Patrick 0'Reilly himself, who was dreamt up really as a kind of mythological figure, and who is apparently wandering, or has wandered for generations, in the mountains above the Huon Valley, without ever really being seen or known, but he's known about; and he comes down and he causes mayhem and vanishes into the mountains again ... we meet him in the first chapter, and it's not explained what he's doing there. What we already learn is that his father and his grandfather wandered these mountains before him...

AH: Oh, its The Phantom! That's his trick!

PL (laughs): Yes that’s right! You see what I'm looking at is that people like to have something that terrifies them; something to blame for things they don't understand. Patrick 0'Reilly is this convenient figure for them.